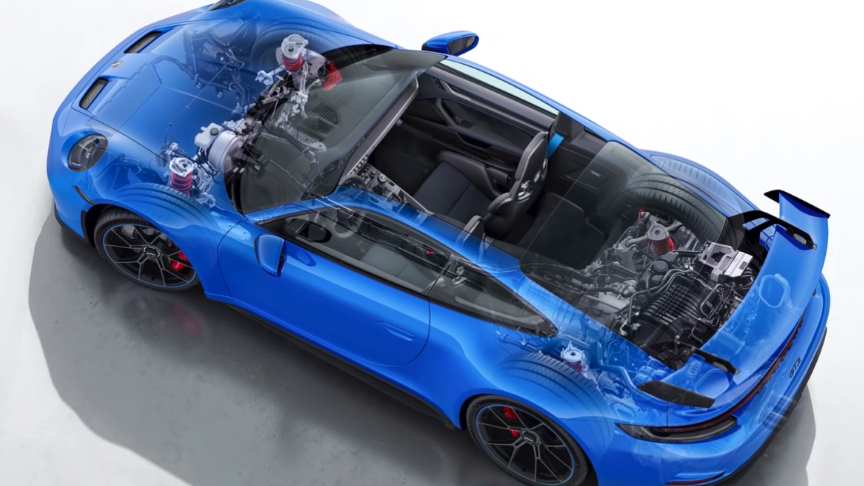 The 4.0L has seen numerous updates since its introduction in the 2011 GT3 RS 4.0, and has been used in subsequent 911 GT3 variants since. The 2022 GT3 has also lapped the Nurburgring in just under seven minutes!

Thanks to weight reduction through material selection such as carbon fiber reinforced plastic, titanium engine components, and special glass, the curb weight is kept low. Handling is improved with a new front and rear suspension, completely redesigned from the standard 911. Grip is maximized with Michelin Cup 2 R tires, and significantly increased downforce over the previous GT3./Engineering Explained