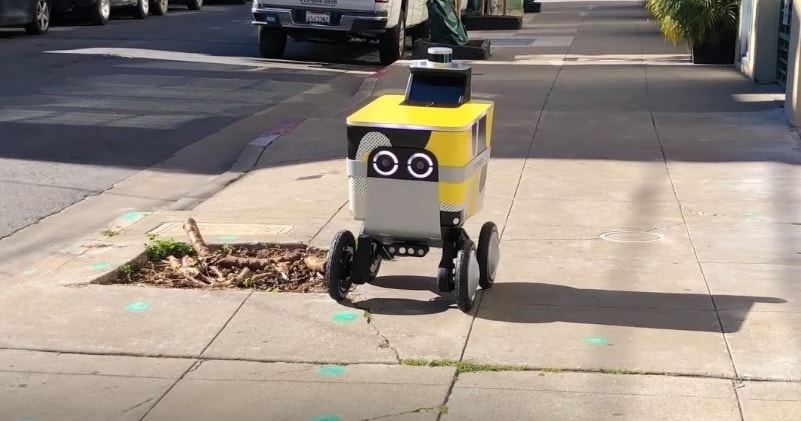 The robot called Serve can carry 50 pounds of goods with a range of 30 miles. The system is designed to work alongside the Postmates fleet and can move items over short distances efficiently, the company said.

The robot runs on electric power and moves at walking speed.In addition to the Jetson AGX Xavier system, Serve is equipped with Velodyne LIDAR sensors to help create a virtual picture of the world in real time.

People interact with the robot via a touchscreen and camera. The robot responds and communicates via dynamic lighting in the eyes and a light ring on top to signal movement.Postmates will launch in the Los Angeles area before rolling out to additional cities in the United States.