The potato is a starchy tuber of the plant Solanum tuberosum and is a root vegetable native to the Americas. The plant is a perennial in the nightshade family Solanaceae. 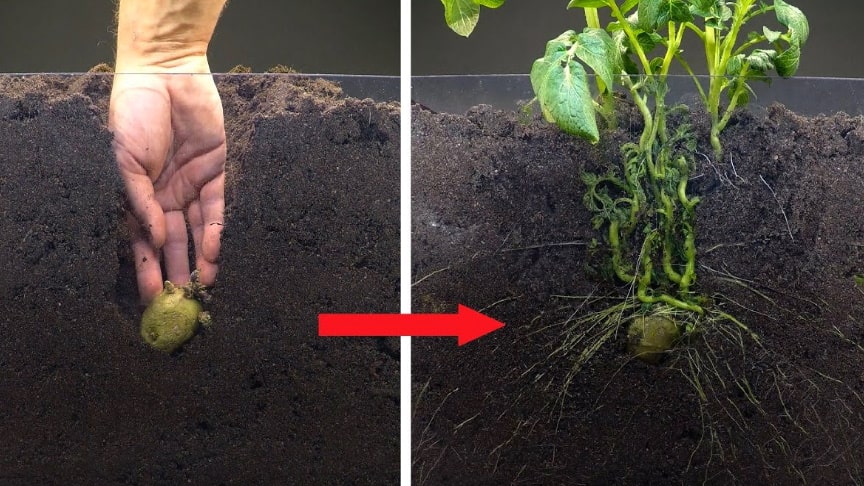 Potatoes grow underground on a special stem called a ‘stolon’. The potato stems above ground have attractive but non-edible flowers. Since the ‘root’ of the potato plant is not really a root but a stem, potatoes are also considered tubers. Watch the 92 days timelapse from Boxlapse to see how potato grows underground:

Super excited about the massive harvest i got from this one, totally worth 3 months.At 0:49 you can see when the fungus gnat larvae are starting to munch on everything that’s underground.

Probably ate some tiny potatoes as well in the process.If i knew i would have waited a few more weeks so the potatoes would have been a bit bigger. But it didn’t look like it was going to produce flowers or anything so i decided to dig it up./Boxlapse