Could this be our modern-day Space Cruiser? The Japan Aerospace Exploration Agency (JAXA) and Toyota Motor Corporation (Toyota) are looking into how they can collaborate on international space exploration. 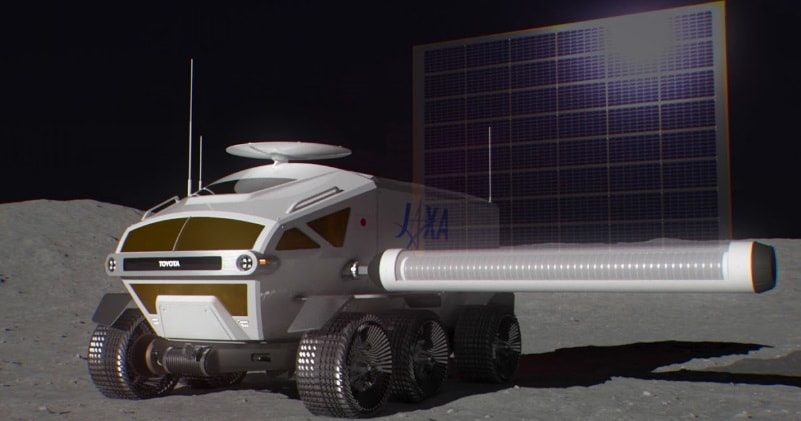 As a start, JAXA and Toyota will accelerate their ongoing joint study of a manned, pressurised rover that employs fuel cell electric vehicle technologies.

Even with the limited amount of energy that can be transported to the moon, the pressurized rover would have a total lunar-surface cruising range of more than 10,000 km.

The concept Rover size is equivalent in size to a pair of small buses or motorcoaches, and will measure six meters in length.Interior volume will be 13 cubic meters, capable of housing two astronauts, four in an emergency.