I made a cord drill and then upgraded it to a pump drill. A cord drill is basically a spindle with a fly wheel attached so it looks like a spinning top. the middle of a piece of cord is then put into a notch at the top of the spindle. The ends of the cord are then wrapped around the spindle and then pulled quickly outwards causing the drill to spin. 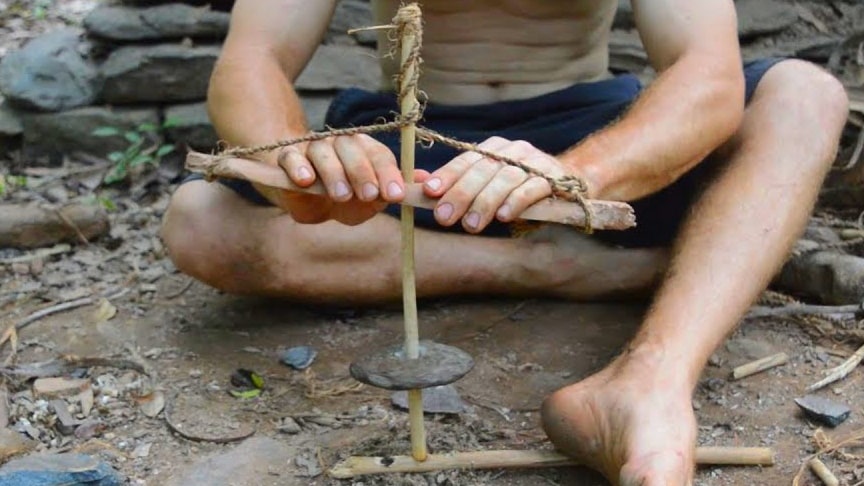 Then I made and fired some clay fly wheels, made another drill with one of the fly wheels and fitted a stone drill bit to the end. This one I use for drilling holes in wood. I used the new drill to make a hole in a piece of wood. I then put the spindle of the original cord drill through the hole in the wood, tied the ends of the cord onto the piece of wood and it became a pump drill.

The cords were wrapped round the spindle as normal but now a pumping action of the wooden cross bar created the same action.This was an interesting project. For fire making I’d stick to fire sticks because the equipment is easier to make. But for people with soft hands they could use the cord drill as it won’t give them blisters.The main purpose I’d use these tool for is drilling holes rather than fire making./Primitive Technology