An electric bus is a bus that is powered by electricity.Electric buses can store the electricity on board, or can be fed continuously from an external source. 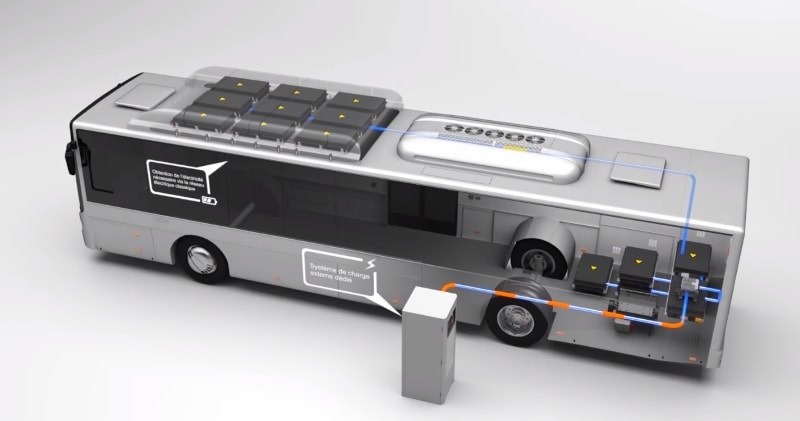 Buses storing electricity are majorly battery electric buses, in which the electric motor obtains energy from an on-board battery, although examples of other storage modes do exist, such as the gyrobus which uses flywheel energy storage. 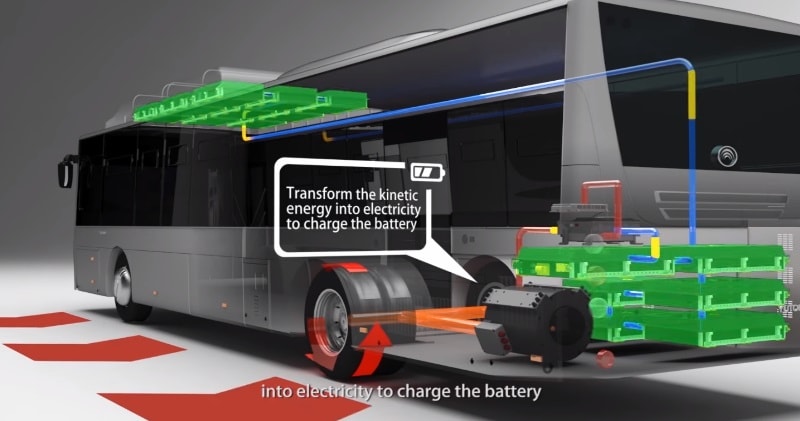 In the second case, electricity is supplied by contact with outside power sources.Due to the much larger mass of a bus than a car, electric buses have an effective range much lower than an electric car has—as little as thirty miles.

Since most buses are out on the road for twelve hours and 150 miles or more per day (on their way to 12 years and 250,000 or more miles), it is clear that without some ability to recharge en route electric buses will not be able to be deployed in the nation’s bus systems. via : thoughtco

Because the electric bus battery range is so low, buses will need to be charged periodically at a convenient place along the route, preferably at the layover location to avoid inconveniencing the passengers.