The TF was the successor to the S4 and was produced a total of 59,601 times from 1948 to 1954, with the TF standing for telescopic suspension. At first only lacquered in ivory-beige, it was available in black from 1952. 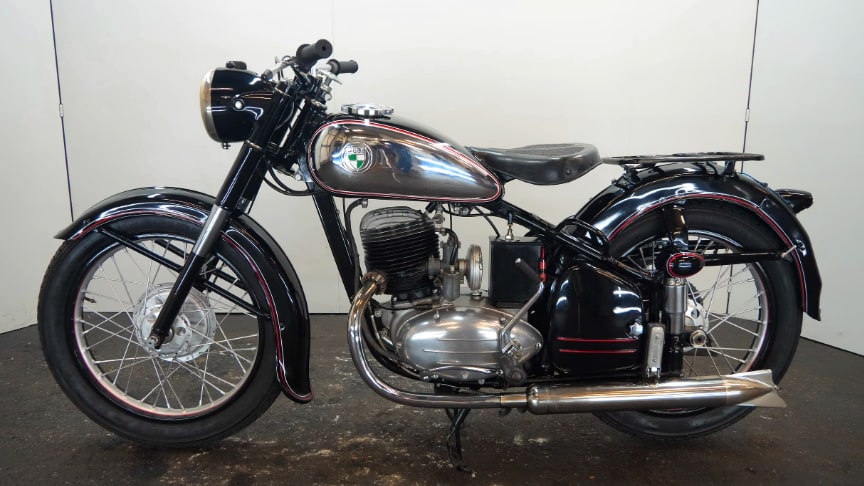 With the air-cooled, powerful 2-stroke double-piston engine with fresh oil lubrication, a 4-speed gearbox, front and rear suspension and a design that was in line with the taste of the time, it had all the advantages that guarantee success. This Puch has been restored with care and runs fine.

It became THE Austrian motorcycle of the reconstruction period after the Second World War. For many, however, it remained an impossible wish.

From 1889 Johann Puch (1862–1914) worked as an agent for Humber vehicles and manufacturer of Styria safety bicycles in a small workshop in Graz and in 1890 he founded his first company, Johann Puch & Comp., employing 34 workers./ classic-motorcycle.com