Thermite welding demonstration of two rail joints at a museum. Thermite is a mixture of iron(III) oxide and aluminium granulate, which reacts exothermically above the ignition temperature. Temperatures of more than 2000°C can be reached. 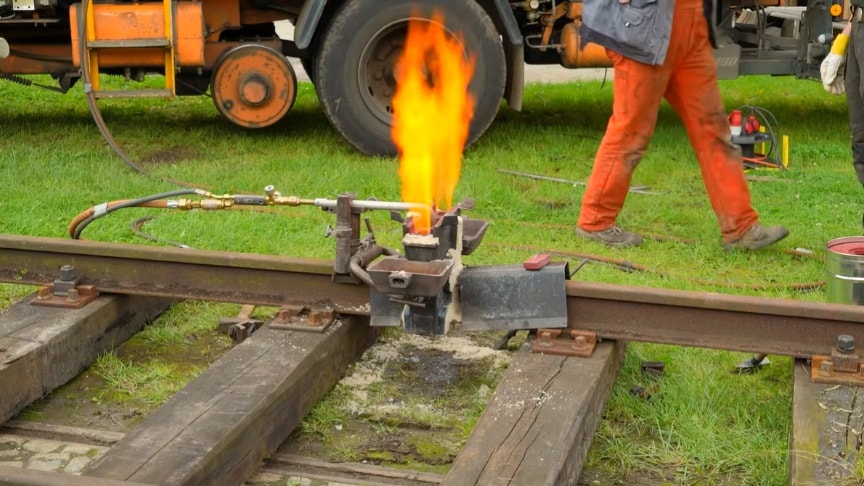 The gap between rail ends for welding is to ensure consistent results in the pouring of the molten steel into the weld mold. In the event of a welding failure, the rail ends can be cropped to a 75 mm (3 in) gap, removing the melted and damaged rail ends, and a new weld attempted with a special mould and larger thermite charge.

A two or three piece hardened sand mould is clamped around the rail ends, and a torch of suitable heat capacity is used to preheat the ends of the rail and the interior of the mould. The proper amount of thermite with alloying metal is placed in a refractory crucible, and when the rails have reached a sufficient temperature.

The thermite is ignited and allowed to react to completion (allowing time for any alloying metal to fully melt and mix, yielding the desired molten steel or alloy). The reaction crucible is then tapped at the bottom. Modern crucibles have a self-tapping thimble in the pouring nozzle. The molten steel flows into the mould, fusing with the rail ends and forming the weld.//wikipedia