WOULD you drive your car into the ocean? Say hello to the ‘Amphicar’ – an amphibious vehicle that can be driven into the body of any water. 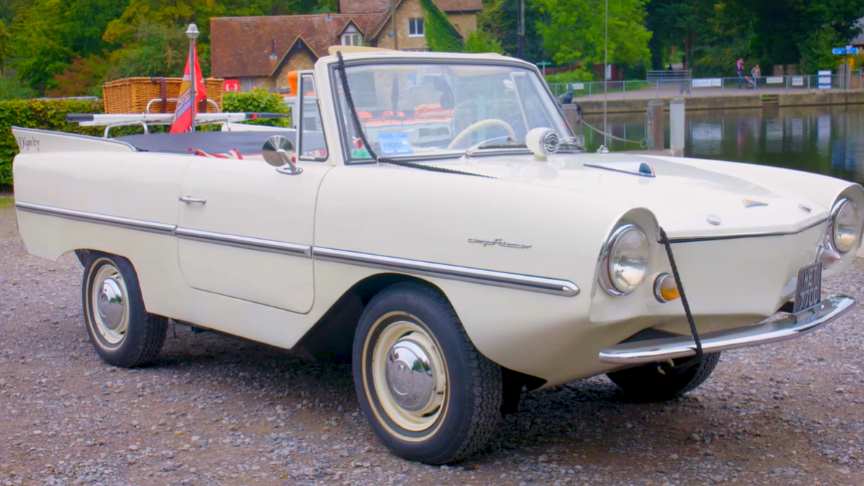 In the 1960s, West German designer Hans Trippel presented the ‘Amphicar’ in New York. Only 3,878 units were ever built by manufacturer Quandt Group between 1960 and 1965.

But Kerry Cheese, who restores military vehicles for a living, bought one of these rare cars from Canada and spent around £35,000 to bring it back to its original state.The Amphicar’s engine was mounted at the rear of the craft, driving the rear wheels through a 4-speed manual transmission.

For use in the water, the same engine drove a pair of reversible propellers at the rear, with a second gear lever engaging forward or reverse drive. Engine: Triumph four-cylinder engine of 1147 cc, 8:1 compression ratio, rated at 38.3 bhp.