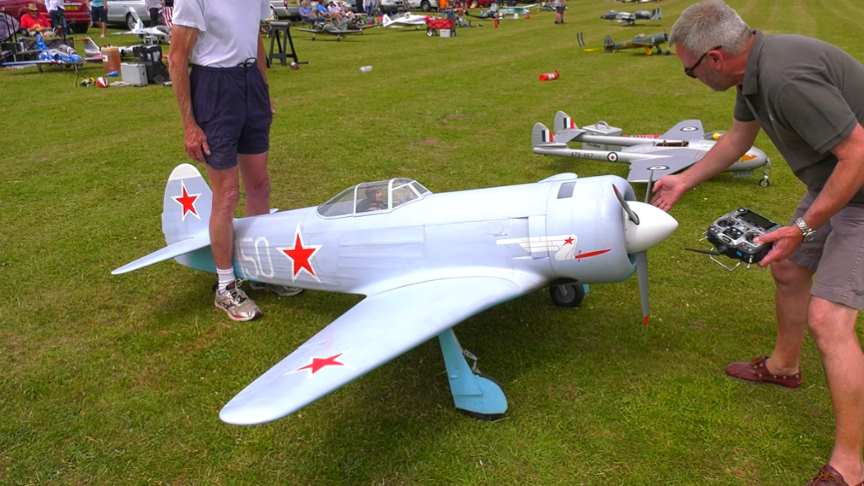 One of the recommendations from the government testing of Lavochkin La-130 (Lavochkin La-9 prototype) was to further develop it into a long-range escort fighter.

You cannot beat the sound and smell of a gas turbine jet engine…and when installed in amazing model aircraft and piloted by super skilled RC pilots…it makes for an breath taking display.