Magnetic Gear Boxes for the electric boat industry and wind power.There is no mechanical contact. The input shaft never touches the output shaft unless the gear box is overloaded. Can be pre-programmed to instantly stop the power to the propeller if overloaded. 99.99% efficiency, quiet, reliable. 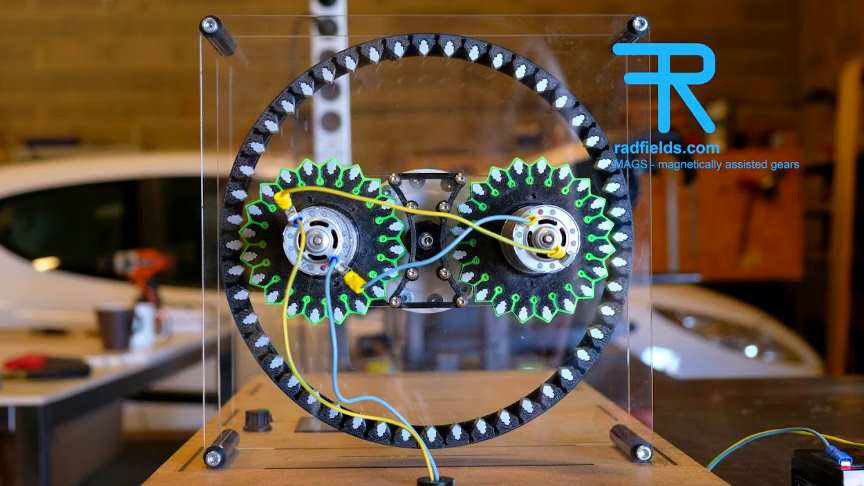 A magnetic gear uses permanent magnets to transmit torque between an input and output shaft without mechanical contact. Magnetic gears can achieve efficiencies >99% at full load and with much higher part load efficiencies than a mechanical gear.

As opposed to conventional hard contact backlash in a spur gear, where a gear may rotate freely until in contact with the next gear, the magnetic gear has a springy backlash. As a result magnetic gears are able to apply pressure no matter the relative angle.

Although they provide a motion ratio as a traditional gear, such gears work without touching and are immune to wear of mating surfaces, have no noise, and may slip without damage.A magnetically coupled gear can be used in vacuum without lubrication, or operations involving hermetically sealed barriers. This can be an advantage in explosive or otherwise hazardous environments where leaks constitute a real danger.//Neo-Dyne