The Sikorsky S-64 Skycrane is an American twin-engine heavy-lift helicopter. It is the civil version of the United States Army’s CH-54 Tarhe. It is currently produced as the S-64 Aircrane by Erickson Inc.The Erickson Air-Crane S-64 Heli-tanker is able to carry an integrated tank system with a capacity of 2,600 gallons (9,800 litres) under the fuselage and has acquired an excellent reputation for fighting forest fires. 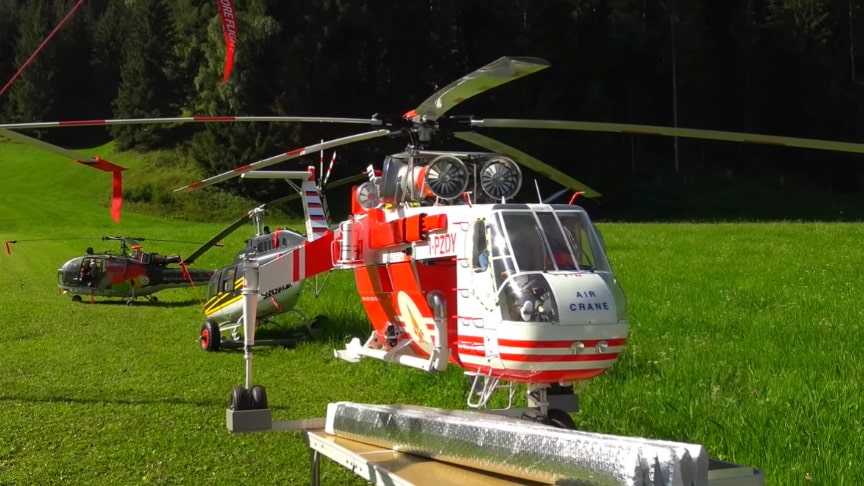 A specially designed snorkel is fitted, allowing the tank to be re-filled within 45 seconds from any stretch of water in the vicinity.In this video Ewald Heim Flyis this RC Turbine Helicopter Sikorsky Skycrane S-64F Vigili del Fuoco.

It is painted in full red and white colours and carries Vigili del Fuoco (“Firefighters”) title. This S-64F rc helicopter is a scale of 1:4 and has a rotor diameter of 2.0m, the take off weight of the helicopter is 20+kg. The helicopter is powered by 2x JetCat- SPH5 turbine engines.

This is a premium scale helicopter that offers tremendous details. The main body of the helicopter is die cast metal.This unique scale look and details stun and make it hard to see the difference to a real helicopter.RCHeliJet