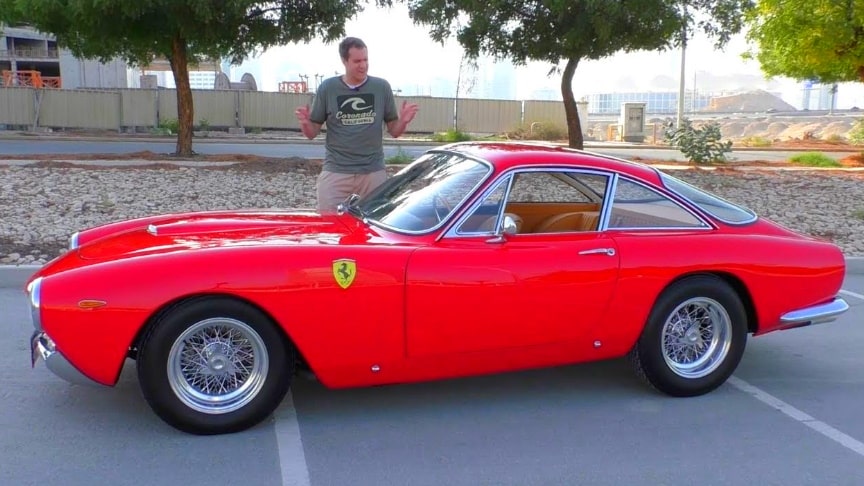 As a variation of the luxurious 250 GT, the 250 GT Lusso had a spacious interior, made possible by the forward position of the engine; this was an unusual design choice at the time for Ferrari, known for their sports cars which emphasized even front/rear weight distribution. As the car was only a two-seater, there was a fairly capacious boot space with a parcel shelf, covered in quilted leather.

While 250 GT Lusso was a civilized sport car, it was nevertheless “recommended in preference to young and flexible passengers” due to the fixed-position seatbacks. Despite this, the pedals were adjustable to 5 cm (2.0 inches), as in the racing versions.[18] The design of the instrument panel, covered with soft and black leather was unusual; the tachometer, with a red zone beginning at 8,000 rpm, and the speedometer were placed at the center slightly tilted towards the driver./Doug DeMuro