It’s the 70s, and we need a solution for the problem mentioned before. So if we can make an aircraft land and take off from like a VERY small flat surface, that could make any ship an aircraft carrier. And that would be super cool, yes? Grumman said, fine we’ll do it and started working on a new project.The base for the design would be OV-1 Mohawk, THIS weird looking thing. 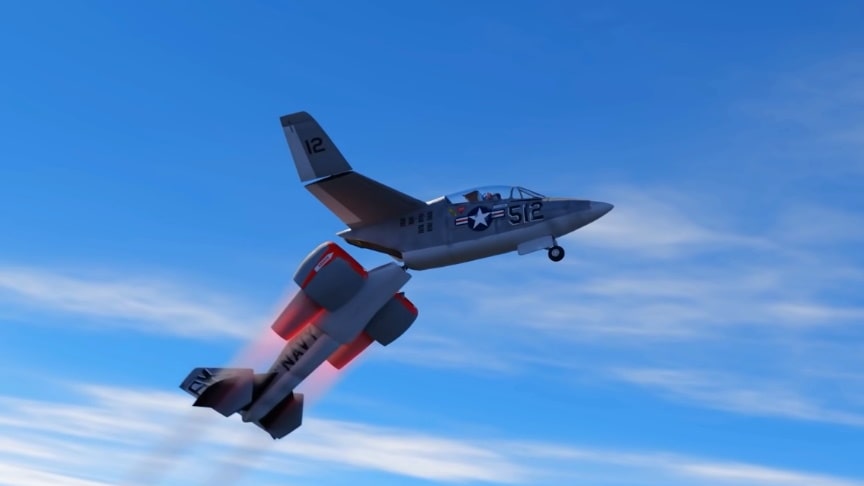 The Nutcracker G-674 was designed so the rear section of the fuselage would be able to rotate 90 degrees downwards along with the engines which would allow for the vertical take off and land to and from a platform placed at the aft section of a destroyer, frigate, cruiser, well basically any ship large enough to carry a helicopter at the time.Video by: Found And Explained

The Platform would have a sort of a docking arm or crane which would connect with a probe on the aircraft before the final touchdown to provide extra stability when landing. Just like a Hummingbird feeding on a nectar of a flower. Wait, why didn’t they call this thing Hummingbird in the first place? Ahhh, let’s just move on.There was a landing gear somewhere tucked away, but the plans we find today make it unclear just how that would have worked.

Now imagine all of this in even slightly rough seas – what a nightmare.Well, in 1975. Grumman applied for a patent of this new aircraft which was designated as G-674 stating Marshall J. Corbet and Robert W. Kress as the inventors.Several scale models were built and tested and before you say pics or it didn’t happen, here you go, and you know what, if it looks stupid but it works, it ain’t stupid.But this didn’t work./read more: Found And Explained