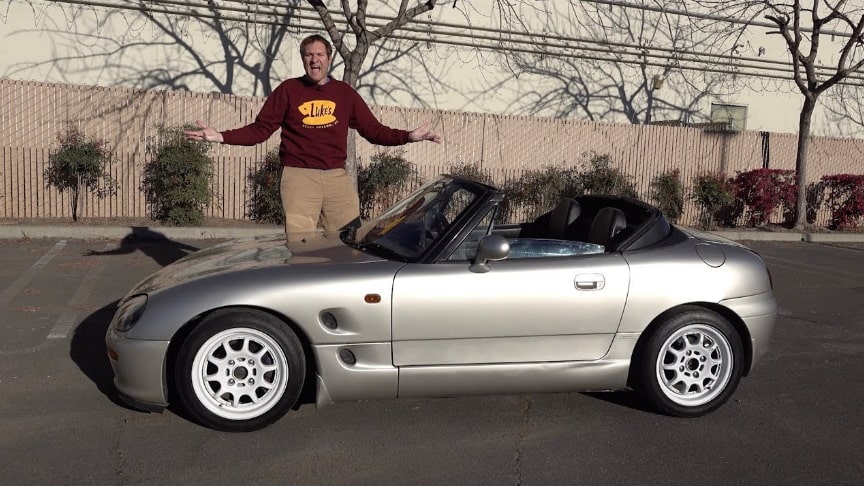 The vehicle was designed to meet Kei car specifications for lower tax and insurance in Japan. Weighing 725 kg , the Cappuccino is powered by a turbocharged, three-cylinder, 657 cc DOHC engine (just under the 660 cc maximum displacement allowed for a Kei car). Its dimensions also conformed to Kei car regulations on length and width, being 3,295 mm long and 1,395 mm wide.

Front-rear weight distribution is claimed to be 50/50% when both seats are occupied. Layout is front mid-engined and rear-wheel drive. The hood, roof, roll bar and lower front guard panels are aluminium.

Three removable roof panels mean that the car can be used as a closed coupé; T-top; targa; or, on retraction of the rear window and roll bar, a full convertible.It was originally equipped with the F6A engine: later models were fitted with a K6A engine which was lighter and had chain-driven, rather than belt-driven camshafts and more torque./wikipedia