In this video from the National Corvette Museum in Bowling Green KY, I check out Ed “Big Daddy” Roth’s Dual Engine Custom Hot Rod that was displayed there.Mysterion was part of a exhibit that the National Corvette Museum had highlighting some of Ed “Big Daddy” Roth’s builds along with some other items that where part of Ed Roth’s Custom Car building career. 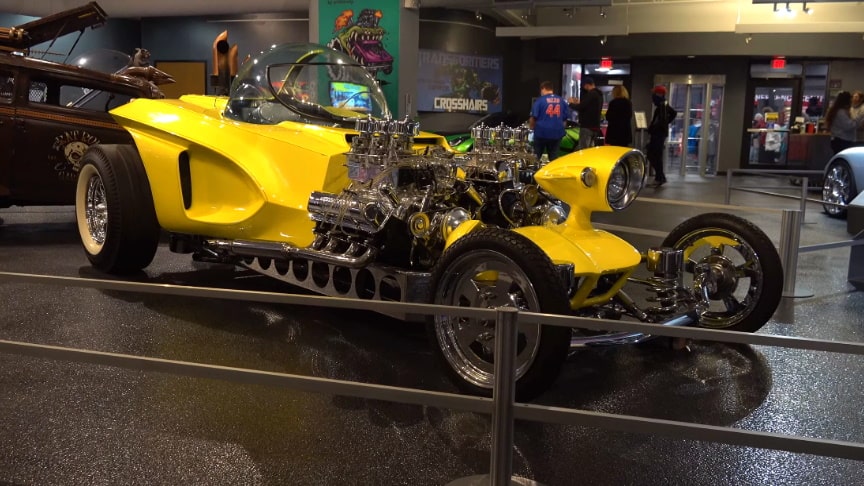 This is not the original Mysterion that was built by Ed..But it includes some original parts from the car Ed built.See back in the day Ed built these crazy creations so that Revell could make models and He could use them on the t-shirts that He painted.After they has been out awhile and people had seen them.//ScottieDTV

They would tear the cars apart and build something new with the parts.Unlike today when high end custom cars are built.Shown and driven.Most of the custom cars from back in the day where not road worthy.

They didn’t have to be.They were strictly show cars.I love custom cars and trucks, and to be able to capture custom car history is so cool and such a honor for me.I hope you enjoy this video of Ed “Big Daddy” Roth’s Mysterion from the National Corvette Museum./ ScottieDTV