Over at Toyan Engine they have turned a lot of heads with their upcoming FS-V800 V-8 Nitro Engine. This beast was designed for 1/7th scale or larger applications, or can be used for custom builds like truck pullers or monster trucks. This is a Toyan V8 Nitro Engine FS-V800 RC Engine Model Building Kits 28cc. 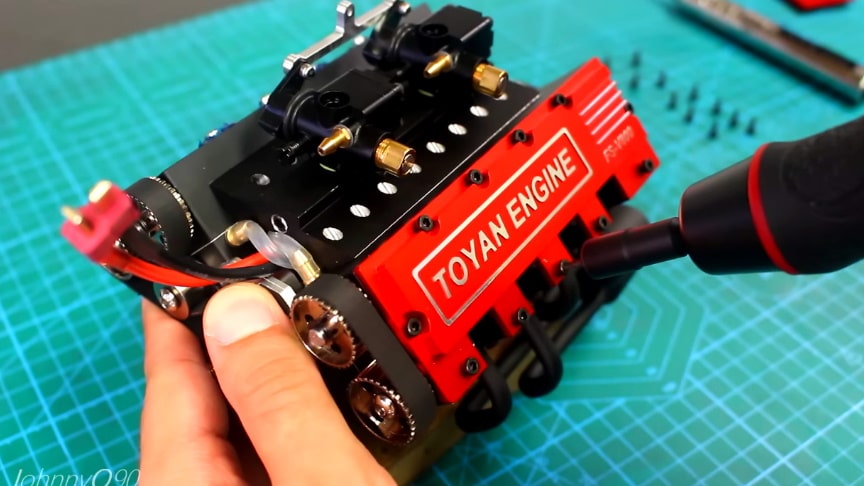 The cross crankshaft is the blueprint for the engine design, effectively providing higher torque. Customized flexible oil seal keeps sealing performance in high speed operation.The power of the pump, come from the crankshaft, provides circulation power for the coolant liquid, and then in conjunction with the cooling fan to strengthen the self-cooling performance.

The engine is designed with the brand new carburetor with pump for astoundingly accurate adjustment and superior response sensitivity of the throttle and more stable operation to users.Built with 90 degree cross crankshaft structure. the engine features smoother operation, increasingly sensitive acceleration response with the highest speed up to 12500 RPM.