We proved you can scale a Lake District Mountain (3100ft Helveylln) in 3mins 30 seconds, despite very poor visibility that would have grounded a HEMS Helicopter. The Mountain Rescue foot response is over 70 minutes typically. The route was 1.2 miles and 2200ft of height gain. 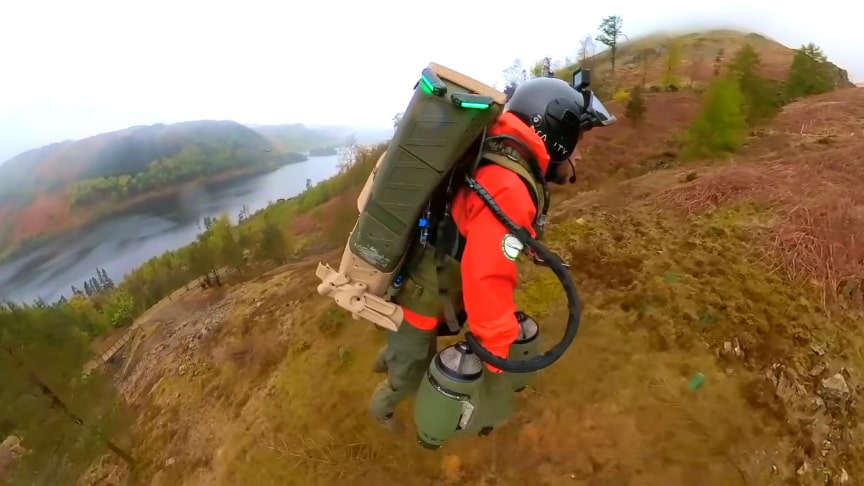 The jet suit is made by Gravity Industries, based in the south of England.The 1,050-horsepower system relies on five mini jet engines ,five turbines, one worn on the back and two for each arm, it can be powered by Jet A1 or Diesel.

This is the latest in a series of Paramedic Response Exercises to prove capability in parallel with training up real Paramedics to provide first response Critical Care in hard to reach geographies.

Cardiac, breathing or blood loss cases are time critical and require rapid stabilisation to buy time for evacuation. This system, akin to the rapid response of a Paramedic on a motorbike in an urban environment, will be the difference between life and death for many critical cases./Gravity Industries