In this video I catch up with the Redd Foxx Lil’ Red Wrecker at the 2020 Grand National Roadster Show in Pomona CA..Keep in mind that I shot this video months before the Car Kings show aired so I didn’t have that information available.The Lil’ Redd Wrecker has quite the history. 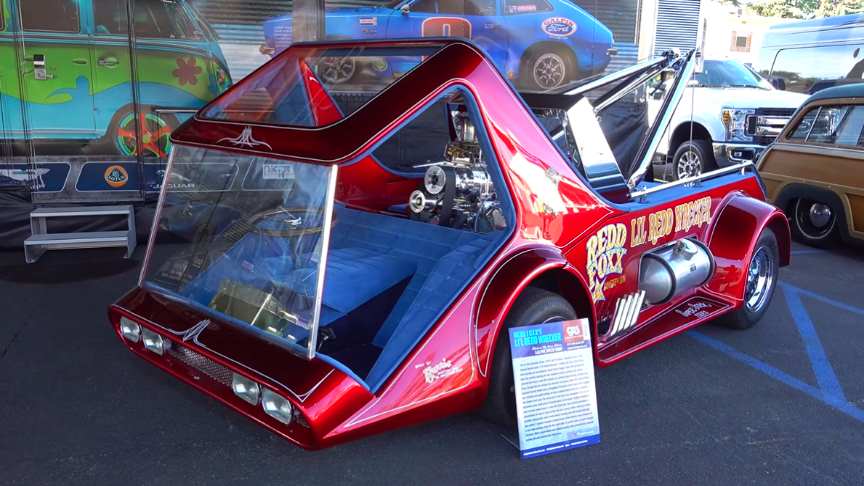 Originally built back in the day by two hot rod builders at some point George Barris got a hold of it and tried to tie it in with the Sanford and Son TV show but just as all this was happening they canceled the show…George still toured it as part of his car shows for a couple of years then it disappeared until Galpin Auto Sports found it and took it back to what it was in it’s prime!!

This all custom tow truck in covered in 30 layers of candy red paint.It’s so candy it will make your mouth water.Crushed blue velour interior just pops against that candy red paint.Old school gold leaf lettering and pin striping finish out the 70’s look.

Then there is enough chrome to add just a touch more bling…Powered by a blown HEMI if you did need to tow something.It shouldn’t be a problem.The Redd Foxx Lil’ Redd Wrecker from the 2020 Grand National Roadster Show is one very cool part of Custom car history./ScottieDTV