Since the Stone Age, the wheel has helped spearhead our most important discoveries and changed transportation forever. But all in all, its functionality has remained much the same. 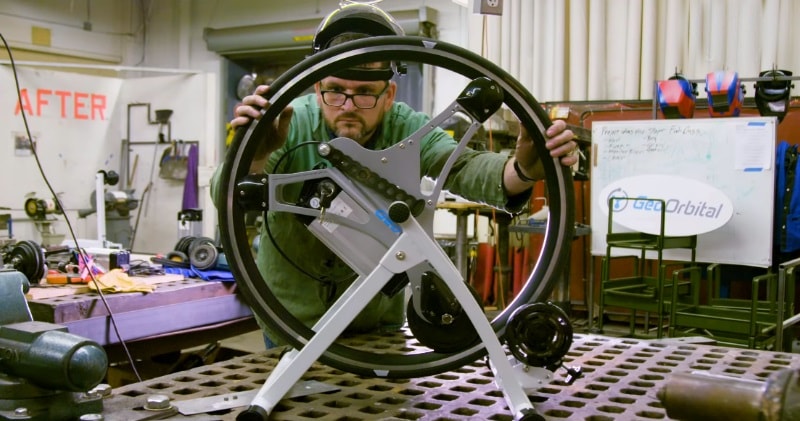 That is until Michael Burtov decided to reinvent the wheel (quite literally).While watching the movie Tron, Burtov was inspired to create a motorized wheel that didn’t require a pedal to make it move.

The result was the GeoOrbital wheel, an electric, environmentally friendly product that has now been installed in thousands of bikes all over the world.

But Burtov isn’t stopping there. He hopes that one day his invention can be used in cars, leading transportation’s second renaissance.