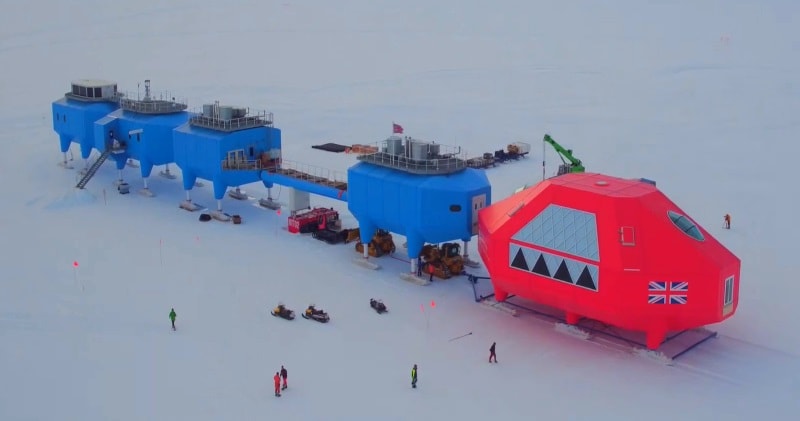 The largest module (A module – living space) is seen her successfully making its way slowly to its new location on Brunt Ice Shelf.Filmed by Stuart Holroyd, British Antarctic Survey.

The station is crucial for studying globally important issues such as climate change and atmospheric phenomena. It is made up of eight modules which sit on skis. Each module is capable of being de-coupled from the others and towed by tractors across the ice.

The station is designed and built to withstand extreme winter weather, to maintain excellent laboratory conditions, to provide accommodation, and is raised up to stay above the snow.//designingbuildings