During the 2017 Concorso d’Eleganza Villa d’Este I have filmed one of the coolest Concept cars I have ever seen; the Renault Trezor Concept. This all-electric car looks absolutely amazing if you ask me! Video includes some detailed shots of it as well as the car driving around and then being loaded on a truck! Enjoy! 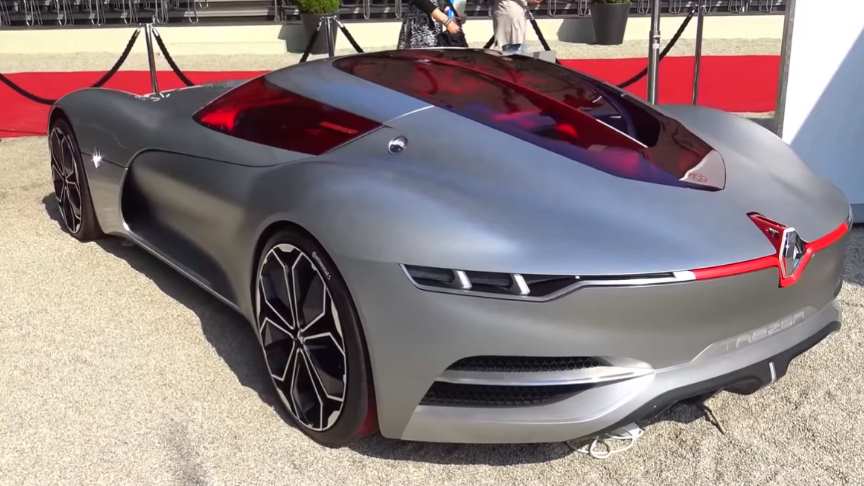 Renault TREZOR Concept has a honeycomb-shaped air inlet that recalls the rear bodywork structure. On the driver’s side, the fuel flap has been replaced by an analogue gauge that indicates its charge level.

With its predominant red colour, the interior design of Renault TREZOR Concept is sensual and warm. The sleek line of the dashboard highlights a high-tech interior with a large touch screen. The rectangular steering wheel also has touch screens instead of the traditional controls.