With 10 abandoned caves in the Bardenas, or badlands, of Navarre, Spain, Ruben Mendi wired, plumbed, floored and painted them and turned them into naturally heated and cooled housing. Today, he rents them out to visitors, but back in 1850, during the “cave housing boom”, these were affordable, self-dug, off-grid homes for the residents of Valtierra. 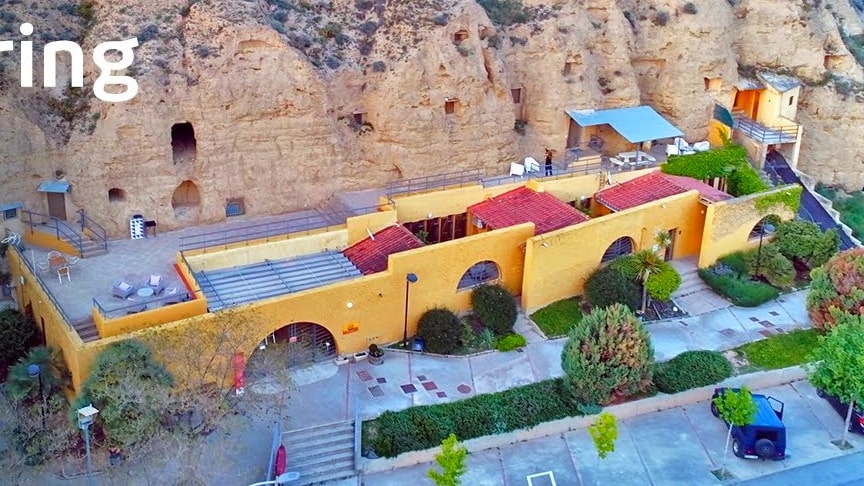 Mendi explains that the land was owned by the town, and as long as one was willing to dig, one could excavate themselves a home. Since these were mostly farms, or day laborers, the work was done in spare time so it could take a year to dig a starter home: kitchen plus bedroom. As the family grew, new rooms were dug out. The naturally-insulated mountainside keeps the caves at a comfortable temperature year round.

The highly compacted mountain (due to its millions of years of existence) guarantees the safety of the caves. A geologist who did a risk assessment on the structures said that an 8.0 earthquake would knock down the local homes, but the caves would remain standing.

Mendi showed us one of the smaller starter homes – just a bedroom, kitchen and bathroom -, as well as the extra large “Palomar” (“Pigeon House”). Palomar was built in 1880 by a local man named Cenón Urbeneta who spent all of his life digging the 250-square-meter (2690 square feet) cave home./Kirsten Dirksen