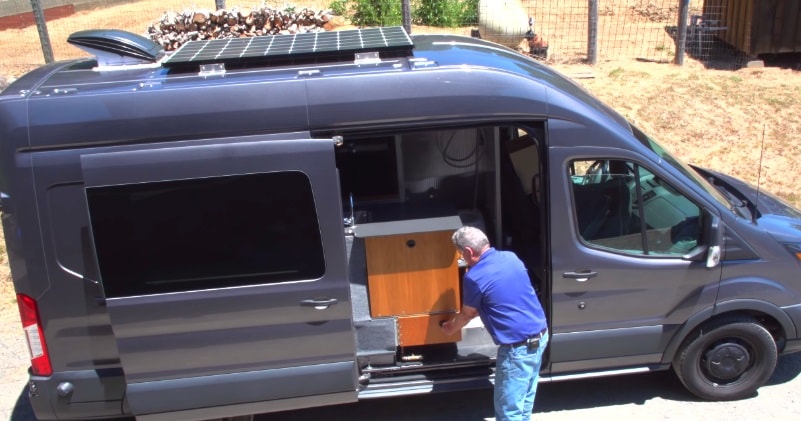 Adding 80/20 aluminum extrusions to a stripped down transit van, Orton built up a kitchen unit with two fold-out tables (one indoor, one outdoor) and bedroom/living room where all furniture can be removed to haul cargo.via: Kirsten Dirksen

The toilet room converts into a shower.Orton designed an electrical system that provides adequate power without the need for shore power or a generator to keep the house battery charged.

“The design objective was to build a stealth van that is comfortable for travel and can be parked in any normal parking place. Did not want the exterior appearance to show that people were sleeping inside. We park on city streets, at casino’s, Ford dealers, near B & B’s and near motels/hotels in addition to campsites. Did not want power plug, water inlet, funny graphics, gray water drain, bicycles hanging on back, awning, cab window covers or anything else that suggests that van is a camper.”/ortontransit