The Cleveland Motorcycle Manufacturing Company, or briefly called Cleveland, was a widely-preferred motorcycle manufacturer in Cleveland, Ohio from 1902 to 1905 and again from 1915 to 1929. 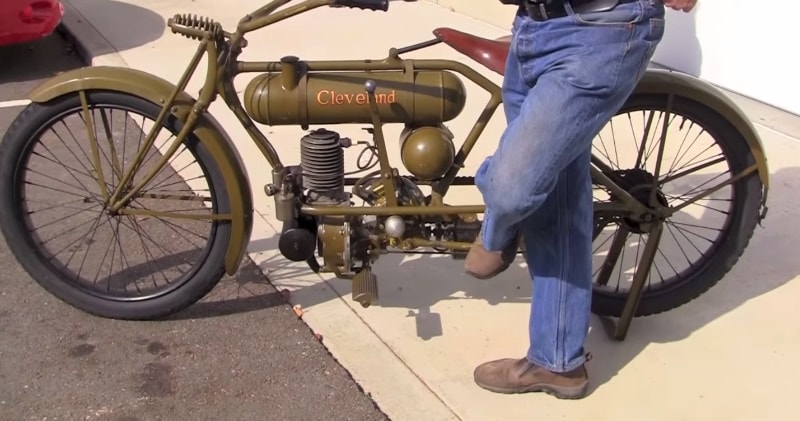 During its manufacturing period, this famous company has produced so many different motorcycles and today we present you a video showing us one of them!Watching this video, you’re going to see a 1917 Cleveland A2 Lightweight motorcycle which can be described as a “true vintage”.

Unlike most two-cycle engines of the day, the Cleveland was famous for starting on the first kick and needing little maintenance.Despite weighing only 150 lbs, a Cleveland could carry a 200-lb man for up to 75 miles on one gallon of gasoline.

First designed for use by dispatch riders during World War I, the Cleveland became one of the most popular American lightweight motorcycles of the era. Its most remarkable feature was a little two-stroke engine mounted crossways in a cradle frame.