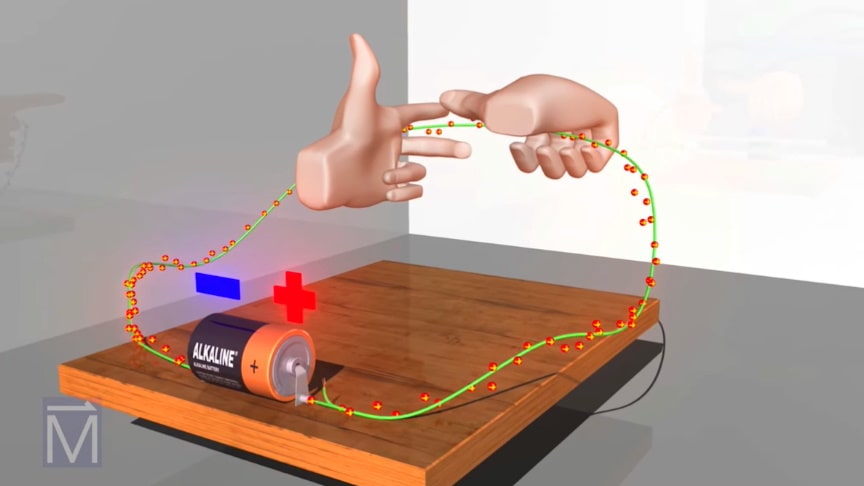 A left hand can be held, as shown in the illustration, so as to represent three mutually orthogonal axes on the thumb, fore finger and middle finger. Learn to use your own two hands to understand the relationship between electricity and magnetism.

Each finger is then assigned to a quantity (mechanical force, magnetic field and electric current). The right and left hand are used for generators and motors respectively.