There are very few missions requiring years of planning and preparation, only to be accomplished in less than six seconds. There are even fewer facilities where such a mission can take place. 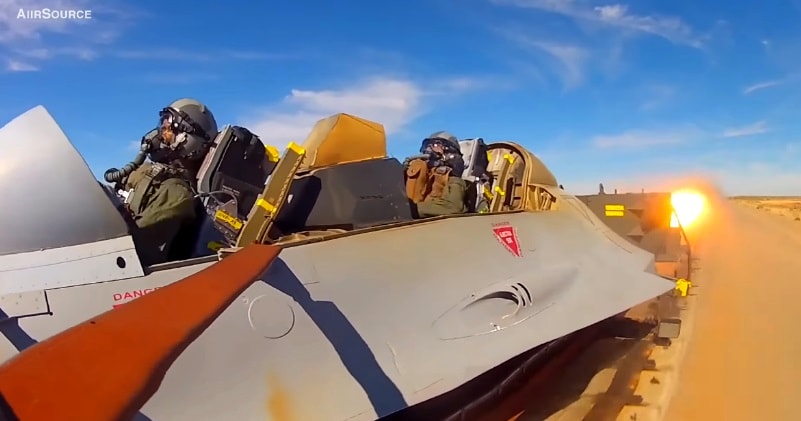 The Holloman High Speed Test Track (HHSTT) is a facility that enables test scientists and engineers to meet both of the above criteria.via: AiirSource Military

The test track is a 10-mile long, precision-aligned track that provides scientists and engineers a platform from which to conduct their various missions. Tests on the track provide valid data on problems which cannot be solved by other ground test means.

The tests are conducted by securing the test item to a rocket-propelled sled and launching the sled to a speed identical to that of which it will encounter in an actual flight./AiirSource Military