GFG Style, founded by Giorgetto Giugiaro has just unveiled their new SUV. It’s called ‘Kangaroo’ and it’s a two-seater electric hyper-SUV concept that has all-wheel drive and all-wheel steering.This thing is capable of a top speed of 250kph on any terrain, according to an official statement!/NM2255 Car HD Videos 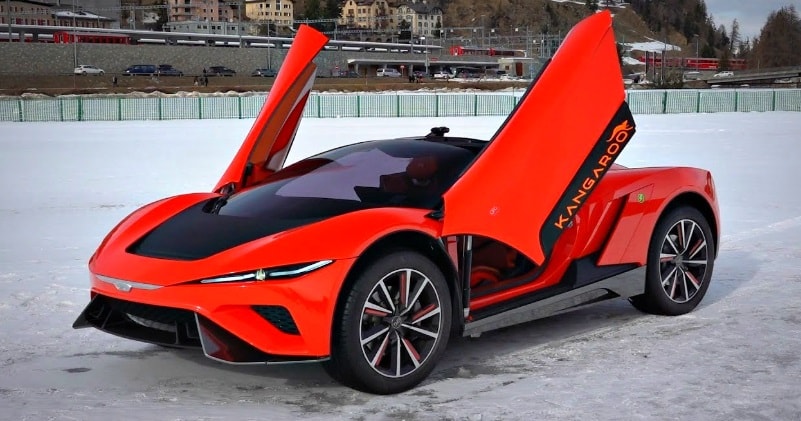 In this video you’ll see the Kangaroo driving on the snow for the very first time on its world premiere at Concours of Elegance in St. Moritz. The car will be also on display at the Geneva Motor Show 2019.vido by NM2255 Car HD Videos.

The main dynamic feature, from which the name derives, is the possibility of raising and lowering the vehicle body by 120mm, via three configurations: Racing (140mm), dedicated to high speed, Road (190mm) and Off-road (260mm); another feature is the camber of the wheels that, depending on the configuration, changes to ensure a different degree of sportiness.

The electric platform was developed in collaboration with CH Auto. A carbon fibre body is set up on an advanced space frame that houses two 180 kW motors. The body is in carbon fibre while the wings, for minimum weight, are in polycarbonate and the windscreen in glass.