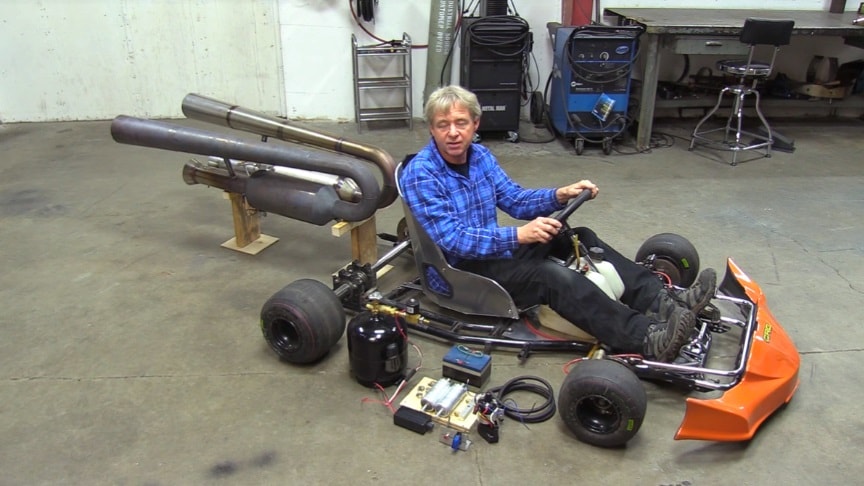 Bob’s pulsejets are featured on some of the most elaborate show cars, motorcycles, and bikes ever built, and he has become one of the most prolific pulse jet designers in the world. Watch the video from Bob Maddox for more info:

Aside from the tires, rims and brakes, Maddox fabricated the entire Go Kart – including the jet engines – in his shop.Building custom-made rocket-powered toys may have started as a hobby, but it’s become a supplemental business to his career