Rotary Rocket Company was a rocketry company that developed the Roton concept in the late 1990s as a fully reusable single-stage-to-orbit (SSTO) crewed spacecraft with a rotating annular aerospike engine to pump fuel and oxidizer to the rim by the rotation and a helicopter rotor on top used for landing. 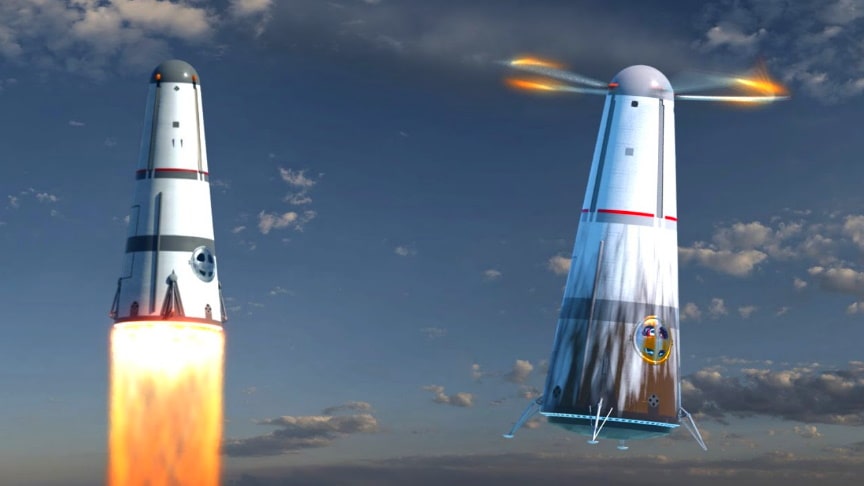 Rotary attracted considerable media attention, as well as venture capital from angel investors and opened an engineering design and test center in a 45,000-square-foot (4,200 m2) facility at Mojave Air and Space Port in Mojave, California. The fuselage for their vehicles was made by Scaled Composites, at the same airport, while the company developed the novel engine design and rotary-wing landing system. A full-scale test vehicle made three flight tests in 1999, but the collapse in the satellite launch market led to the company’s closure in early 2001.

A full size, 63 ft (19 m) tall, Atmospheric Test Vehicle (ATV) was built under contract by Scaled Composites for use in hover flight tests. The $2.8 million ATV was not intended as an all-up test article, since it had no rocket engine and no heat shielding. The ATV was rolled out of its Mojave hangar on March 1, 1999, bearing an FAA registry of N990RR.The rotor head for this test vehicle was salvaged from a Sikorsky S-58, at a price of $50,000 – as opposed to as much as $1 million for a new head. Each rotor was powered by a 350-lbf (1,560 N) hydrogen peroxide tip jet, as intended for the orbital vehicle.