In 2013, veteran boat racer Victorien Erussard ran out of fuel in the middle of the Atlantic Ocean. There were energy sources all around him—the tide, the sun, the wind—but he had no way of harnessing them. 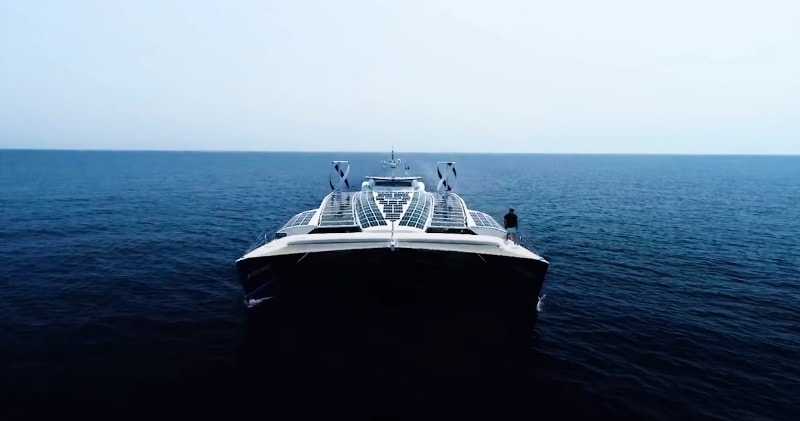 This moment of chaos gave way to an idea: the world’s first hydrogen-powered boat. Now, his Energy Observer is sailing around the world, setting a precedent for how we might revolutionize energy production and consumption.

The defining feature of Energy Observer, a genuine floating laboratory, is that it operates with a mix of renewable energies: wind, solar and hydrogen produced from seawater.The boat produces and stores hydrogen using seawater thanks to an energy mix involving: