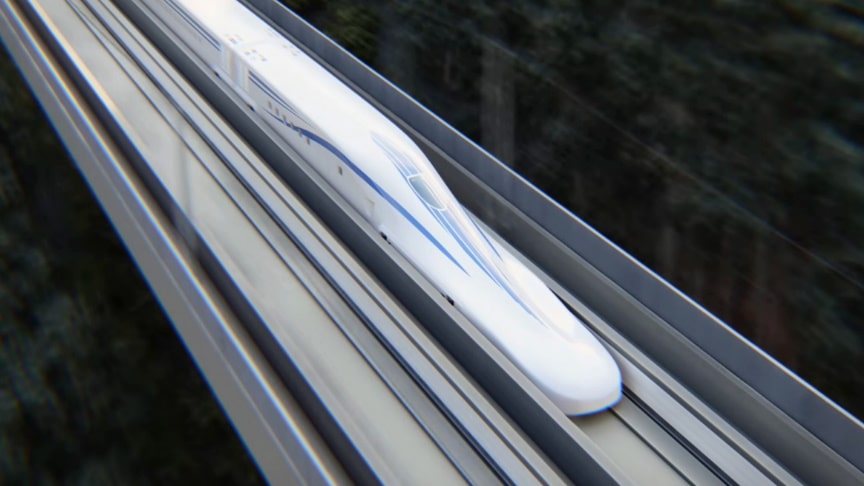 The SCMaglev system uses an electrodynamic suspension (EDS) system. The trains’ bogies have superconducting magnets installed, and the guideways contain two sets of metal coils. The current levitation system utilizes a series of coils wound into a “figure 8” along both walls of the guideway. These coils are also cross-connected underneath the track.Watch the video from Mustard for more info:

As the train accelerates, the magnetic fields of its superconducting magnets induce a current into these coils due to the magnetic field induction effect. If the train were centered with the coils, the electrical potential would be balanced and no currents would be induced.

However, as the train runs on rubber wheels at relatively low speeds, the magnetic fields are positioned below the center of the coils, causing the electrical potential to no longer be balanced. This creates a reactive magnetic field opposing the superconducting magnet’s pole (in accordance with Lenz’s law), and a pole above that attracts it. Once the train reaches 150 km/h (93 mph), there is sufficient current flowing to lift the train 100 mm (4 in) above the guideway.//wikipedia