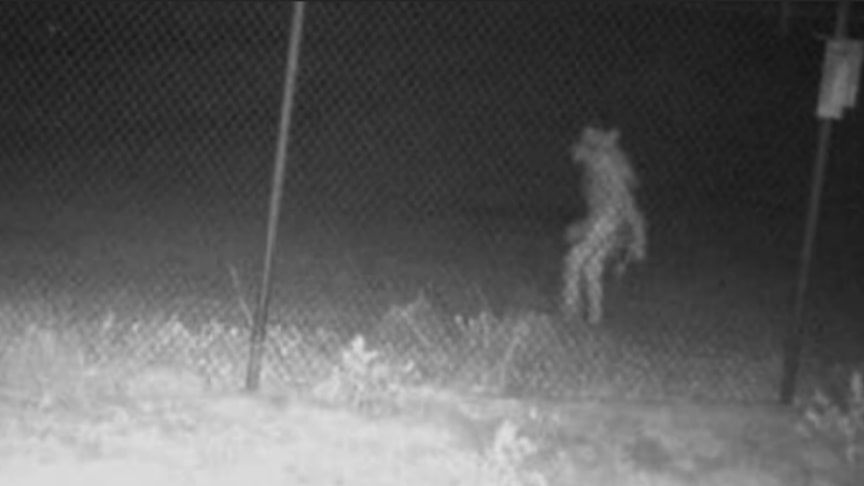 This photograph was posted to Reddit and it has already generated some interesting responses in regards to what this thing is.Watch the video from Unexplained Mysteries:

Capturing strange creatures on trail cameras isn’t anything new, and in recent years these cameras have been able to give us an insight into some of the creatures that live in these remote areas.

However, this photograph was captured just outside of a zoo, which led some to ask the same question, was this creature potentially stalking the zoo animals./Unexplained Mysteries