What an amazing model ! This was Javad’s lock down project and he has done an superb job in building this F-4 Phantom from scratch. Taking inspiration from just a 1:72 scale Airfix kit he designed this jet. 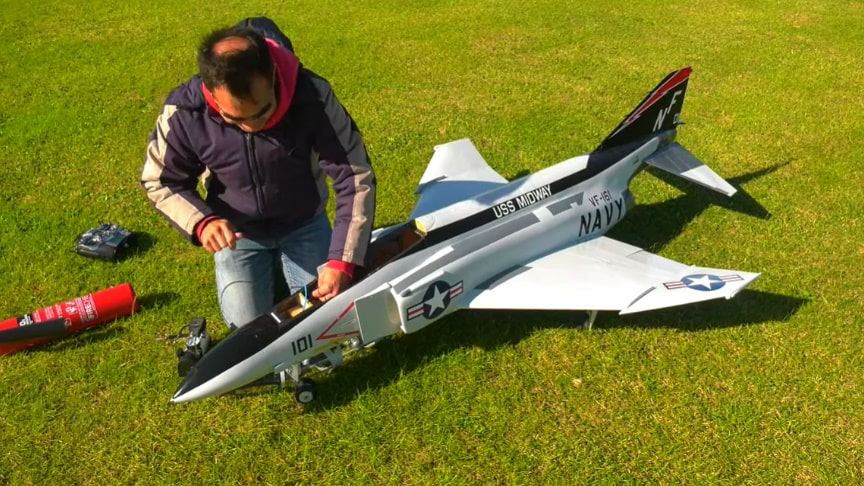 The airplane is constructed it from balsa and ply and then installed the engines, fuel system, retractable landing gear and electronics. To build is one thing but this guy can fly, the airplane is powered by Xicoy X45 turbine engines.

This particular day had a horrible cross wind but it didn’t stop Javad from getting his F-4 into the air. Considering the gusty winds he did a great job getting it down on the deck.