In this Episode, I take the see-through engine, add nitromethane, a turbocharger, and a dynamometer to see how much horsepower this small engine can actually make and if it will Blow. 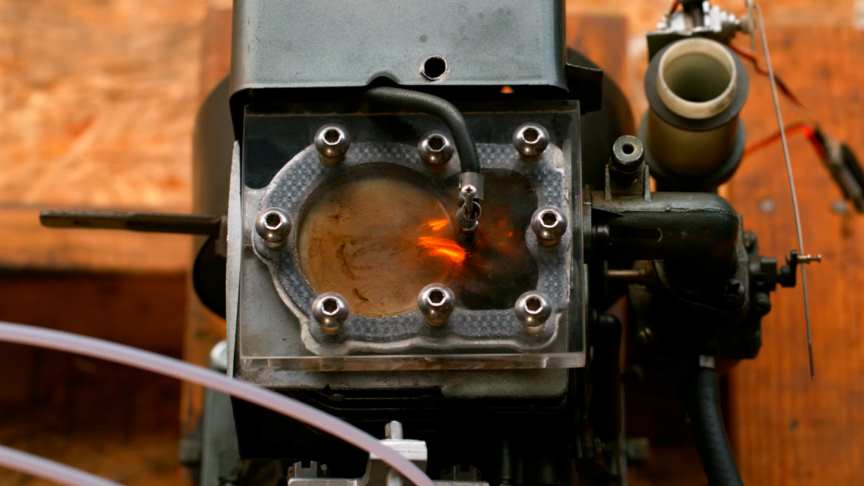 The first test I run is with nitromethane alone. The second test is with the turbocharger and nitromethane.I think you will be very surprised with the results as I use a dino that I built to measure the horsepower output of the engine every step of the way to see which changes made the biggest difference. Video by Warped Perception.

In this video we get an up close and personal view that puts us in the front row as a new turbocharger is added to the equation with the see-thru engine.

As if the concept of being able to actually see the combustion process wasn’t cool enough, adding a turbocharger to it all really has our eyes on the prize with this one. For those who would like to see what the inside of their turbocharged engine now is their chance.Warped Perception runs the engine on the dyno with gasoline, and records 2.5 horsepower and 5 lb-ft of torque, at 2,650 rpm. He also smoked the clear cylinder head with the new-found load on the engine from the dyno.//Video by Warped Perception.