Acoustic resonance is a phenomenon in which an acoustic system amplifies sound waves whose frequency matches one of its own natural frequencies of vibration.An acoustically resonant object usually has more than one resonance frequency, especially at harmonics of the strongest resonance. It will easily vibrate at those frequencies, and vibrate less strongly at other frequencies. 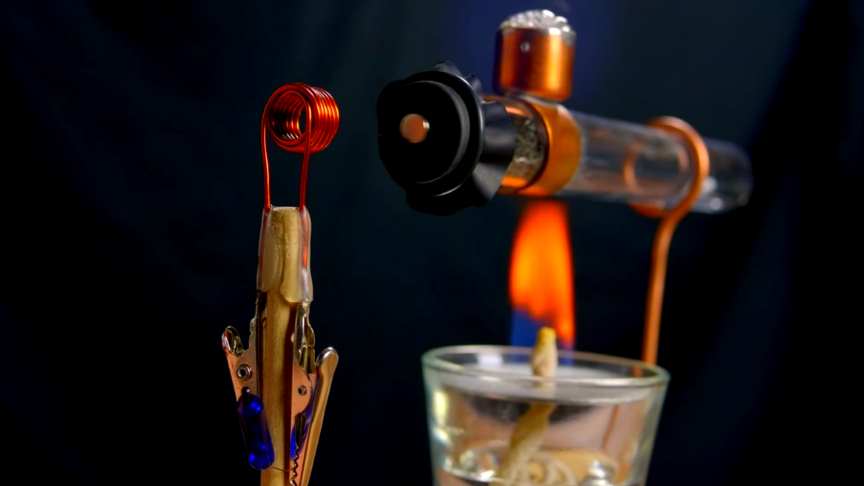 Here I introduce a series of experiments culminating in how to make a thermoacoustic engine. Thermoacoustic engines (sometimes called “TA engines”) are thermoacoustic devices which use high-amplitude sound waves to pump heat from one place to another.This requires work, which is provided by the loudspeaker, or use a heat difference to produce work in the form of sound waves (these waves can then be converted into electrical current the same way as a microphone does).Watch the video from NightHawkInLight for more info:

These devices can be designed to use either a standing wave or a travelling wave.A thermoacoustic device takes advantages of the fact that in a sound wave parcels of gas adiabatically alternatively compress and expand, and pressure and temperature change simultaneously; when pressure reaches a maximum or minimum, so does the temperature.

In a tube closed at both ends, interference can occur between two waves traveling in opposite directions at certain frequencies. The interference causes resonance and creates a standing wave. The stack consists of small parallel channels. When the stack is placed at a certain location in the resonator having a standing wave, a temperature differential develops across the stack. By placing heat exchangers at each side of the stack, heat can be moved.via/read more: wikipedia