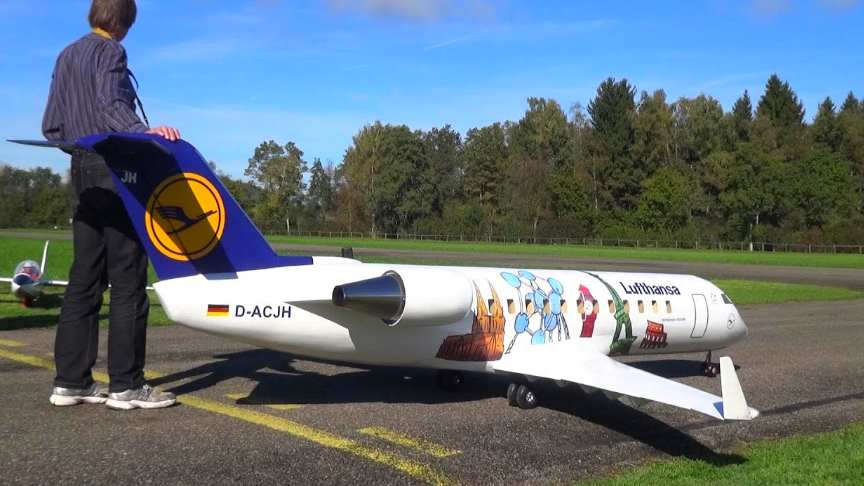 In this video we have a huge elf build Radio controlled CRJ 200 Bombardier twin turbine model airliner.In this video you will se the RC airplane flying through the air at has speed and looks very realistic.