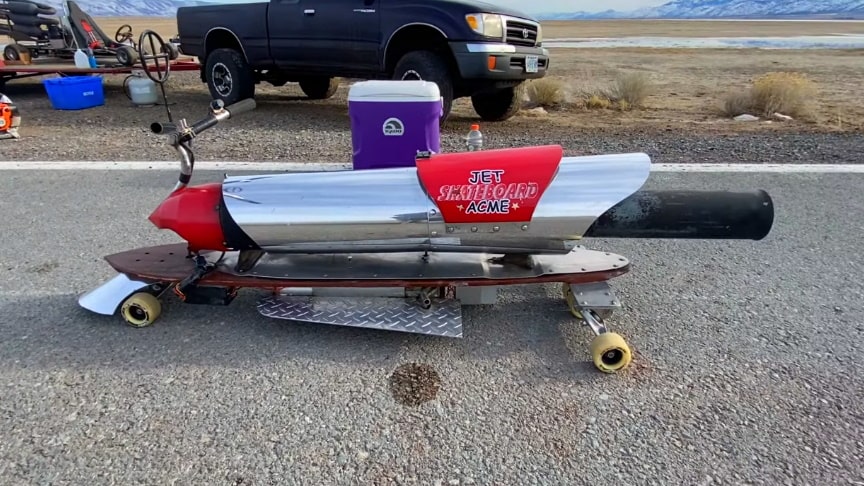 Aside from the tires, rims and brakes, Maddox fabricated the entire Skateboard – including the jet engines – in his shop.

Building custom-made rocket-powered toys may have started as a hobby, but it’s become a supplemental business to his career.Bob Maddox the rocketman talking about his acme jet skateboard and doing a walk around to show how he made it.

A pulsejet engine (or pulse jet) is a type of jet engine in which combustion occurs in pulses. Pulsejet engines are a lightweight form of jet propulsion, but usually have a poor compression ratio, and hence give a low specific impulse./wikipedia