We handmade DIY airless tyres and drove them over 100mph, drifted and over a bed of nails!Regular tyres have been filled with air for over 100 years. They work quite well, but they could leave you stranded at the side of the road with a puncture. So, with a very small budget and not a lot of time, we decided to fix tyres forever. 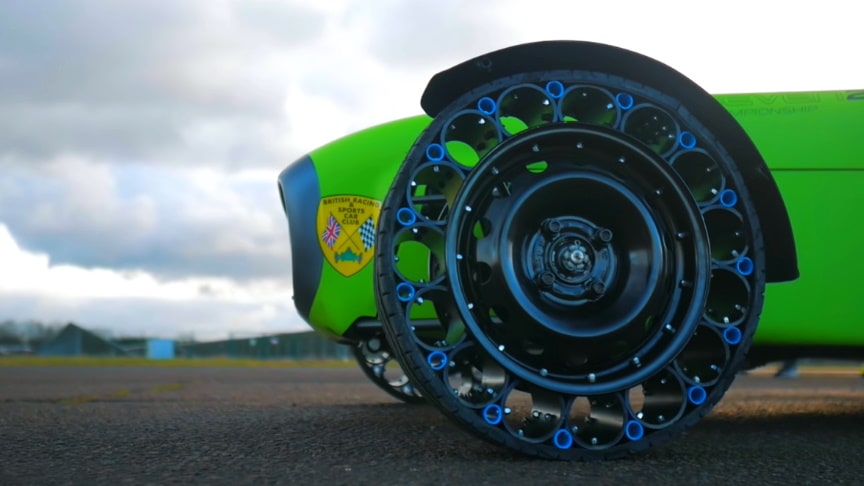 But, as with any great innovation, we had a few problems on the way. So, this is the benchmark. The obvious issue is that it’s filled with air. And for something so well-developed – isn’t it weird that it can be rendered entirely useless by something as small as a nail – or even a pothole. But before we get to putting our airless tyres on the car – let me explain how we made them. Watch the video from Driven Media:

So the base is a 14’ steel wheel from a Ford Mondeo, then bolted to the outside are 15 lengths of PVC Fresh Water Pipe. And I know we’re not NASA – but it actually worked well. It’s our unique Puncture-Proof Tire System! Using only pvc pipes, nuts and bolts to fit all together.

Now for the clever stuff, these smaller ones are our anti-vibration pipes – to make sure things weren’t too bumpy. Then the grippy bit – this is just the tread from a normal tyre – wrapped around the outside. Then to keep it all together, we used over 300 nuts and bolts.