An ingenious youtube engineer The Q has created bicycle wheels made from hot glue sticks in his previous video, in this video he aads RGB Led lights to those custom built bicycle wheels. 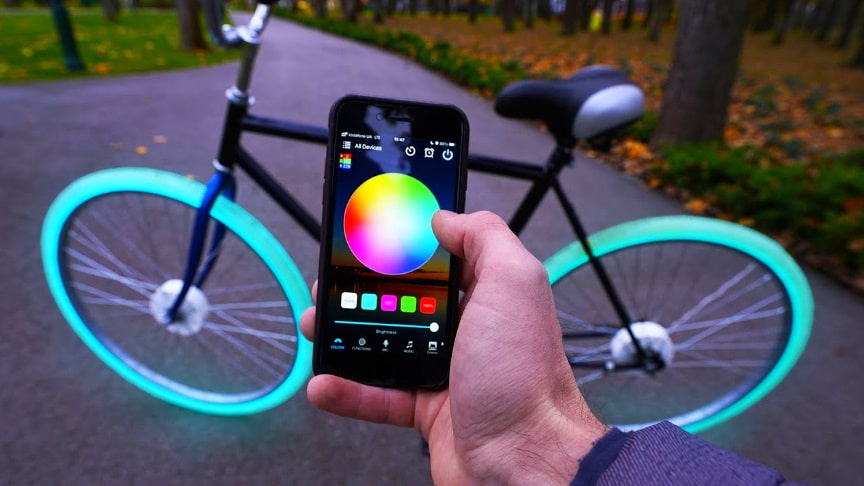 The Q started by 3D printing supports that served as molds to make the tires. He then fixed the supports to produce a round shape, and moved on to the raw material, the hot glue.

Why settle for just a few lights on your bike when you can load up your wheels with over 200 RGB LED lights! The RGB bicycle rim lights are mounted on the rims of a bicycle under the hot gule tyres. Fancy electronics controllers and the batteries are mounted at the center of the rims using a 3D printed cover.

The LED’s make sure only the right leds forward facing leds white, backward facing leds red) are on at the right time, giving the illusion the leds are actually stationary. Other fancy animations are also programmed in the controller.This very original invention could solve the problem of tire puncturesAnother plus? Wheels made with hot glue would have better grip on the ground.