What do you know about hubless bicycles? I’ve never seen anything like this before! So, behold – truly hubless bicycle that works almost flawless! All you need – fatbike, bearings, some metal and time. 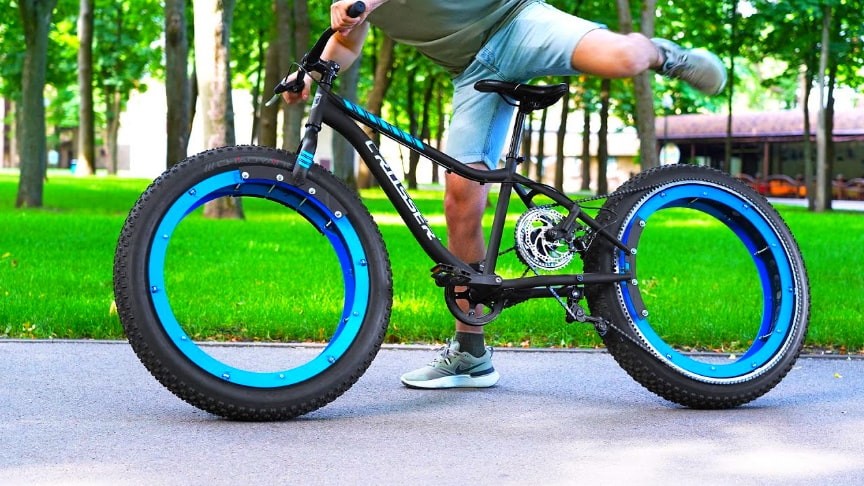 A regular wheel is stressed from all points of the rim at once not just the bottom, the hub is actually a large thin ring that fits just inside the rim of a large bearing with the tyre on its outside. Watch the video from The Q where he builds an insane hubless bicycle.

The inner ring itself attaches to the vehicle’s frame. One of the challenges is getting power to the rear wheel. This can be done through a specially adapted chain or belt.

Hubless wheels have appeared in bicycle concepts already, they are striking in appearance, their numerous practical disadvantages have precluded their widespread use as an alternative to conventional wheels. They are difficult and expensive to manufacture, requiring a great deal of precision machining, and the design leaves the bearings and other critical parts largely exposed to the elements./The Q