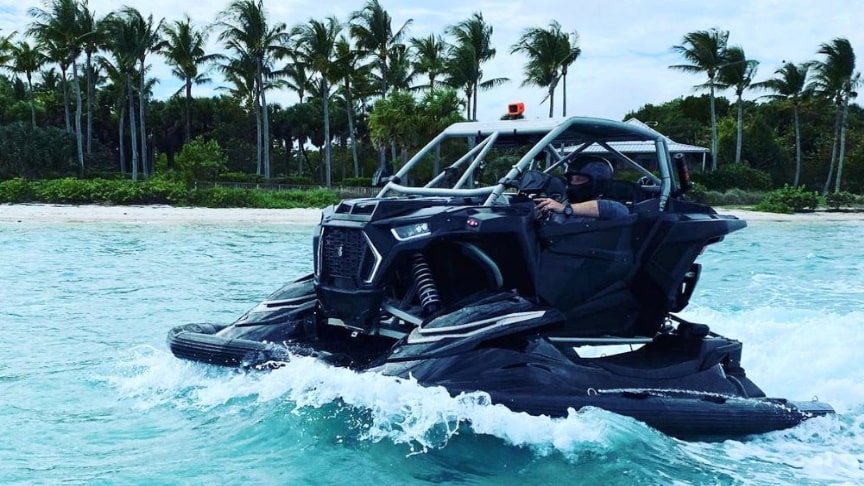 The Auv is a titanium and carbon fiber side by side vessel that utilizes to custom carbon composite reinforced jet driven hulls powered by twin modified Yamaha GP1800 SVHO R engines to reach speeds of over 95mph in 6′ surf or less than 1′ of water.Here’s a look at the Shadow Six AUV. Get ready for some extreme rides!

Powering the Shadow Six AUV is a pair of Yamaha GP1800 SCHO R engines supercharged 1.8-liter inline-fours that together pump out an even 500hp.Capable of accommodating one to three passengers, the Typhoon also gets a 37-gallon tank.

The engine can be upgraded with Riva Racing performance kits, enabling the 2,365-pound Typhoon to hit a top speed of over 80 mph.//Shadow Six