The Northrop (later Northrop Grumman) B-2 Spirit, also known as the Stealth Bomber, is an American heavy strategic bomber, featuring low observable stealth technology designed for penetrating dense anti-aircraft defenses.The B-2 is a flying wing aircraft, meaning that it has no fuselage or tail. 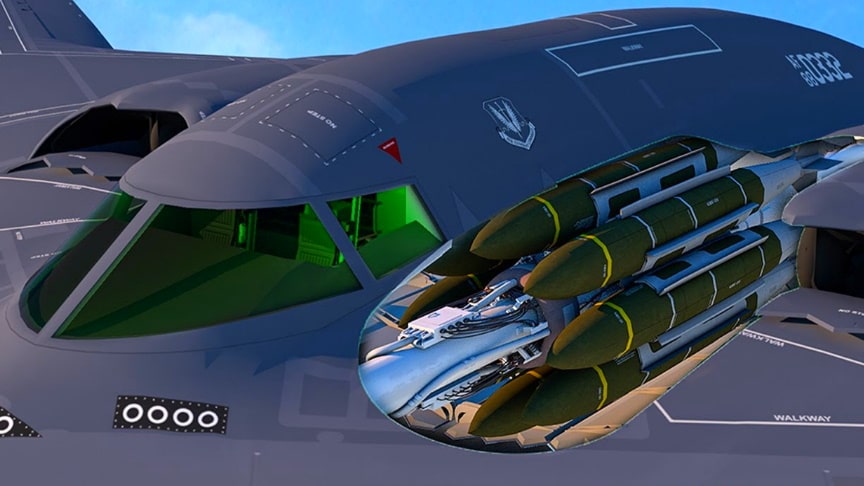 It has significant advantages over previous bombers due to its blend of low-observable technologies with high aerodynamic efficiency and large payload. Low observability provides a greater freedom of action at high altitudes, thus increasing both range and field of view for onboard sensors.

The two bomb bays can carry a variety of other weapons. The airplane is powered by four General Electric F-118-GE-100 jet engines, each of which generates 17,300 pounds of thrust.