There was an old woman who lived in a shoe. That’s how the story goes, but this tiny house is no fairytale. Constructed from ferrocement, this spectacular home has been crafted as a whimsical yet functional retreat space which is shaped like a boot. 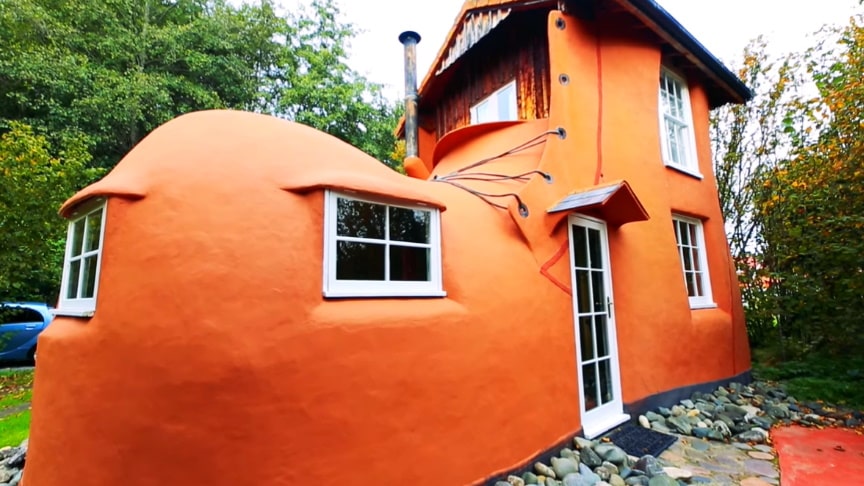 Despite it’s whimsical appearance, it’s a functional home and is currently used as a retreat for lovers and those who are wanting to escape reality and live a little fairytale of their own.

The home is constructed as part of Jester House, a cafe and gardens which is located near Motueka, New Zealand. There, the owners have transformed 5 aces of land into a retreat filled with beautiful gardens and creative tiny homes.

What began as a fun conversation over a few glasses of wine has turned into an amazing building project. The ferrocement construction technique uses steel, wire and concrete to create unusual shapes and allowed for the construction of the shoe house to become a reality. Now, the home is an absolutely stunning retreat space, with lounge complete with open fireplace, kitchen a full bathroom and a lovely bedroom with balcony./livingbiginatinyhouse