The Sikorsky S-64 Skycrane is an American twin-engine heavy-lift helicopter. It is the civil version of the United States Army’s CH-54 Tarhe. It is currently produced as the S-64 Aircrane by Erickson Inc. 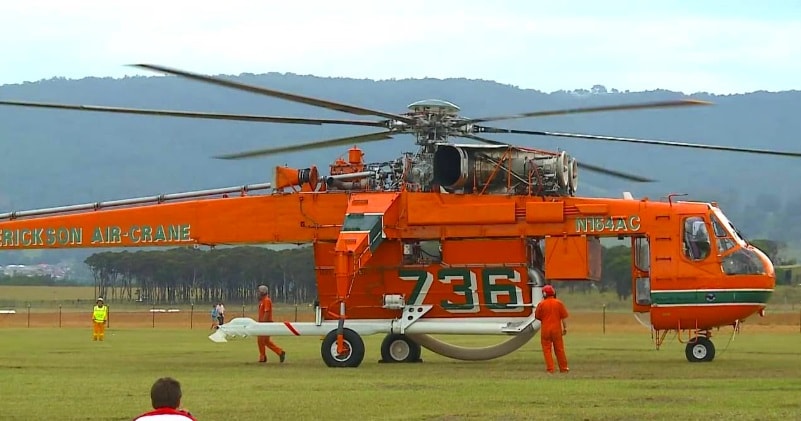 Powered by two Pratt & Whitney JFTD12A turboshafts producing about 4,000 shaft horsepower each, the S-64 Skycrane reminded many people of a huge insect. It does look like one, if you can imagine an insect 88 feet long and weighing 10 tons with a six-blade fan 72 feet in diameter on its back.

The Aircrane can be fitted with a 2,650-gallon (~10,000 liter) fixed retardant tank to assist in the control of bush fires, and it has proved itself admirably in this role. The helicopter is capable of refilling 10,000 liters of water in 45 seconds from a water slide of only 18 inches or 46 cm thick.