The Monocycle or unicycle is a single-wheeled vehicle. Popularized by jugglers and circus acts, this versatile vehicle has been coined as one of the most useful modes of transports for city dwellers for its lightweight and reduced space. 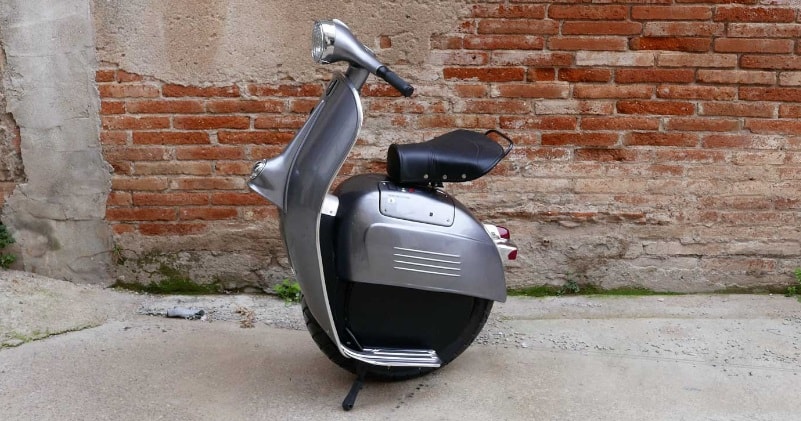 Bel & Bel has introduced an electric vehicle with just one wheel.The unicycle Z-One One is supposed to balance automatically by an interaction of gyroscopes and acceleration sensors.The driver does not have to keep his own balance.

The Spanish company doesn’t specialize in scooters; it recycles and reuses cars and scooter components to make perfectly stylish and retro furniture.

Their MONOWHEEL Z-ONE looks is a one-wheeled Retro Steam-Punk Vespa. The Monowheel Z runs on a 1,000 Watt motor. The range is not too bad either at 60 km and a top speed of 35 kph. Its range varies between 30 and 40 miles which is perfect if you live and work in the city.

Acceleration sets in as soon as you lean in there. Moreover, the entire (or half, kind of) electric scooter weighs around 70 kg and the gyroscope technology helps maneuvering.The handlebar is fitted with a charge indicator and the light switch.