Skiing and sledding down a mountain? Amateur hour. Try rolling through on a wooden bike. Say hello to the Velogemel, a snow bike local to the Swiss town of Grindelwald. 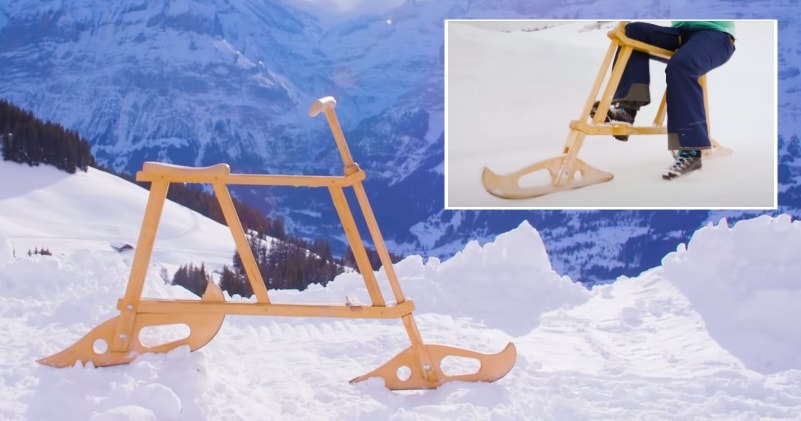 Named for the Swiss words for bike (“velo”) and sled (“gemel”), the mighty Velogemel allows you to ride down a slope while sitting upright, as if you were cycling.Great Big Story

The wooden vehicle has been crafted exclusively in the small town for over 100 years. And despite the introduction of modern machinery, the simple and unique production principles still remain the same.Similar to the bicycle, the Velogemel has a frame with a saddle and a handlebar that is not permanently mounted on it.

Unlike bicycles, the Velogemel has two skids (instead of wheels) that allow it to glide over snow.The Velogemel is still produced by hand today. The material used is mostly wood: ash wood for frames and skids, maple for handlebar and saddle. As with modern bicycles, the wood can also be replaced by metals.