When Cyril Borovsky bought a 16-foot-wide strip of land in Toronto sandwiched between two bungalows, he knew the only way to fit more than one bedroom on the tiny footprint was to think cubically. 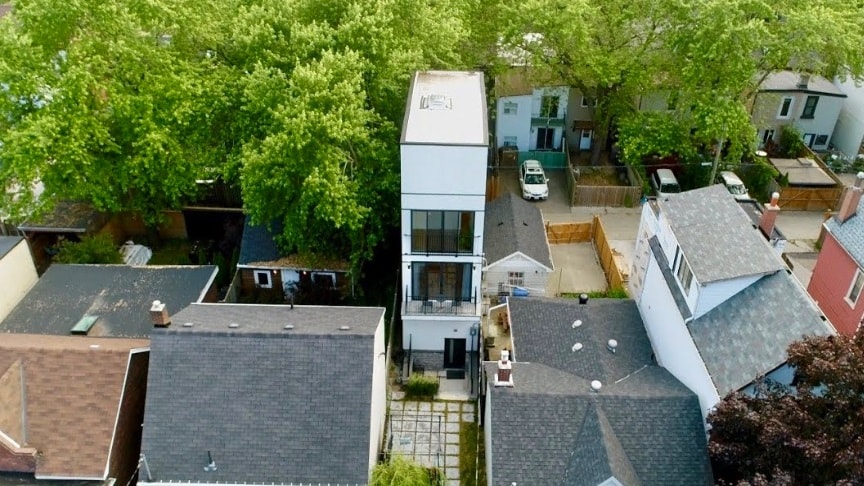 Using a steel frame and performing much of the work himself- with just a boom lift and makeshift pulley-, he went up four floors.The final 1,300 square foot home fits 3 bedrooms and 3 baths on a 16-foot-wide lot.

Borovsky recognizes that his lot is unusually thin (“not quite the skinniest in Toronto, but almost”), but he thinks his home could be a prototype for turning laneway parking into homes.

Modern minimal marvel built from scratch using the cutting edge technologies and incorporating the most sought after features. East and west facing floor-to-ceiling windows and skylight provide peak natural light (and beautiful sunsets) throughout the structure./154hamiltonst