INTERNATIONALLY RENOWNED builder of bespoke customer cars, Paul Bacon, has completed his most ambitious project yet – a steampunk hot rod built from scratch. 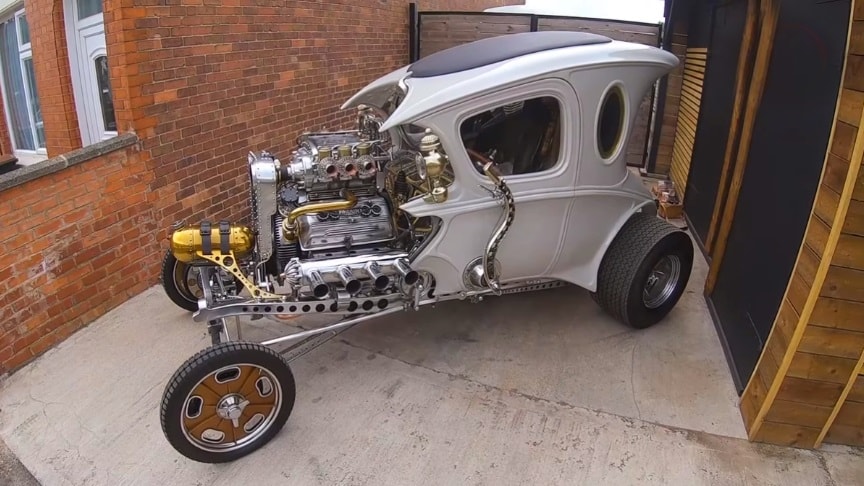 The Automatron is a horse-drawn carriage inspired hot rod, boasting a 3.5L supercharged V8 engine with an estimated top speed of up to 110mph.

Beginning with a 1924 Singer Sport base, parts were added from a variety of unlikely sources; including a switch gear from a Lancaster Bomber and the front wheels of an Austin 7.

Taking over four years to complete, the build has won the maverick inventor critical acclaim, with Paul highly commended for the hot rod’s distinctive design./Barcroft Cars