To make a small home more efficient, designer Luigi Colani put a 6-round-meter cylinder in the living room so with a press of a button the kitchen, bath or bedroom will rotate into view ready for use. 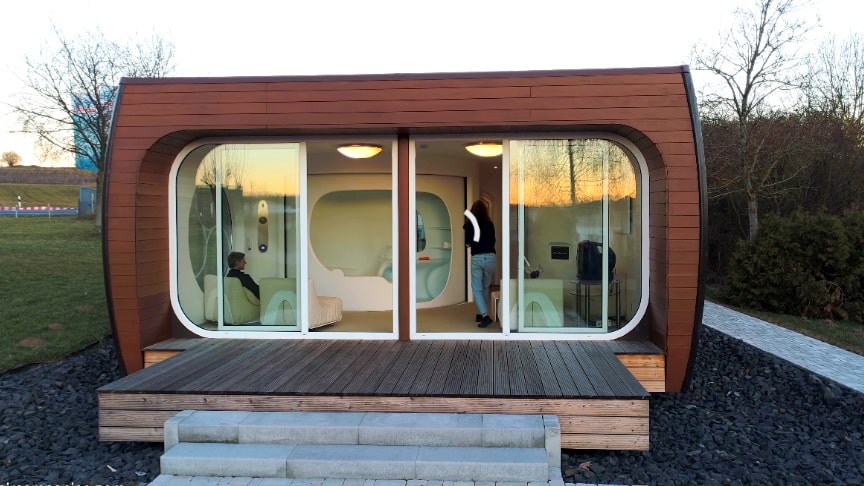 Using flexible plumbing and electrical, the home can rotate 270 degrees in each direction to reveal any of the three rooms and still provide electric and water for cooking, lighting, and bathing.

A simple motor and thin motorcycle chain power the rotating rooms. In case of power failure, the system can be switched to manual mode.

Like all of Colani’s work (born in 1928, he’s worked for major car and airplane companies, as well as NASA), the rotorhome prototype has few straight lines and instead is full of curves and ergonomic shapes. German prefab manufacturers Hanse Haus built the home in 2004 to show the lack of limits in prefab./Kirsten Dirksen